Both of these veterans were nominated by others for their service to our country in the U.S. Armed Forces, as well as their continued service to the community of Valdez. Thank you for your service! 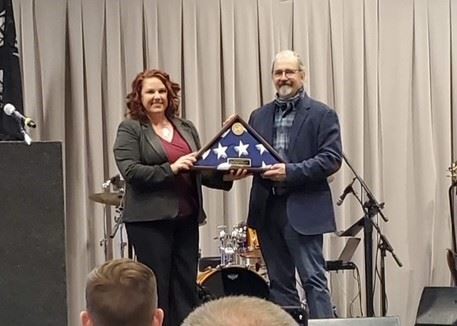 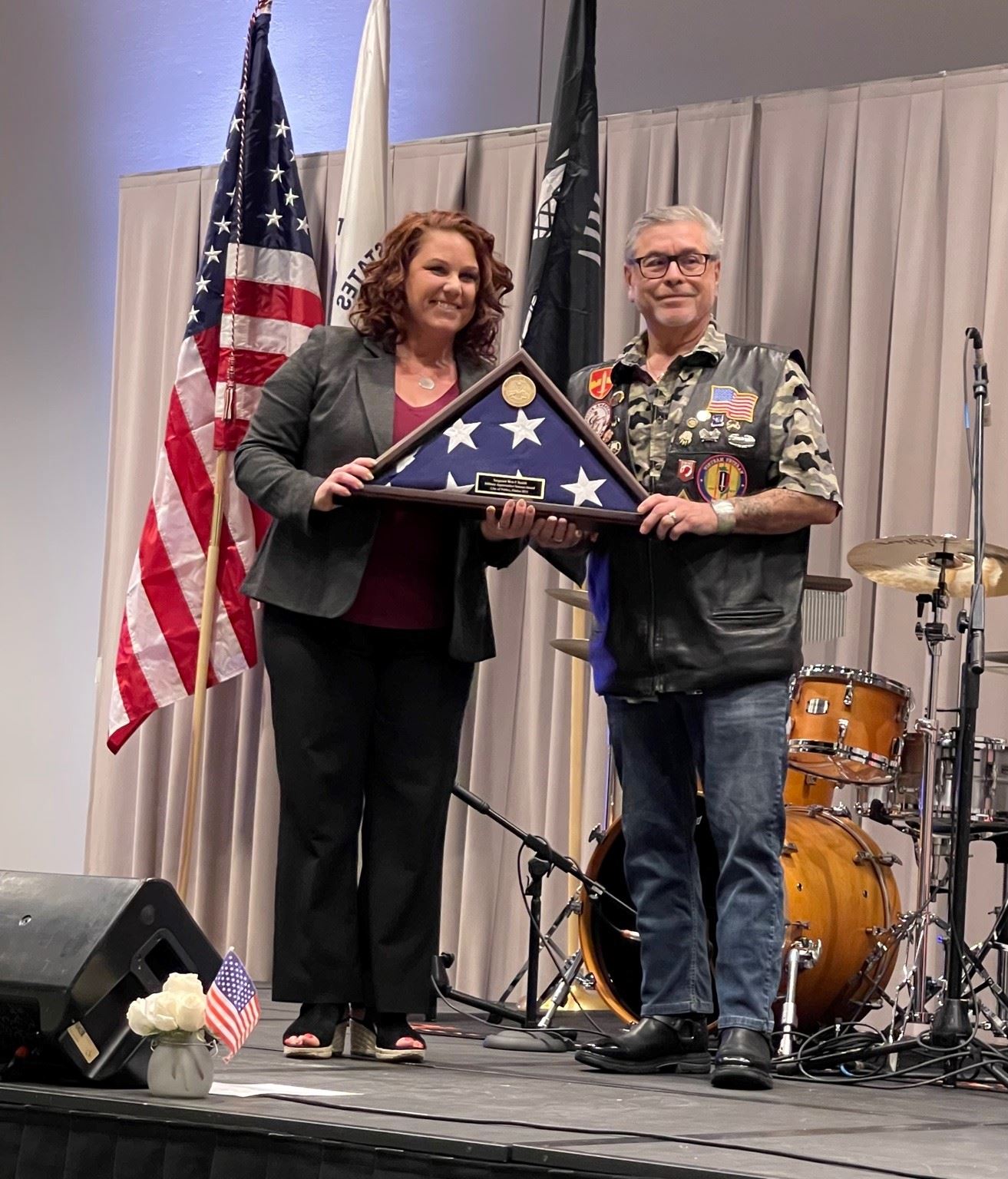 Colonel (retired) Dennis Humphrey joined ROTC at Southern Arkansas University in 1986. In 1990, he graduated and was commissioned as a 2nd Lieutenant in the U.S. Army Aviation Branch with orders for active duty.

After three years on active duty in Germany, he returned to Arkansas where he joined the Arkansas National Guard and served from 1995 to 2018.

He served as a battalion executive officer in Operation Iraqi Freedom from 2004 to 2005, and as deputy commander for 77th Theater Aviation Brigade in Operation New Dawn in Iraq in 2011. He commanded the National Guard Marksmanship Training Center from 2015 to 2017. During his aviation service, he flew OH58 Kiowa scout helicopters, the UH1 Huey, and the UH60 Black Hawk.

His military awards and decorations include the Legion of Merit, two Bronze Star Medals, two Meritorious Service Medals, an Army Commendation Medal, two Meritorious Unit Commendations, a Combat Action Badge, a Senior Aviator Badge, a Parachutists Badge, an Air Assault Badge, and numerous others. He is also a graduate of the U.S. Army War College, where he earned a Master of Strategic Studies Degree.

Dr. Humphrey is currently an English professor at Prince William Sound College teaching classes including creative writing, written composition, literature, and humanities for PWSC and UAA both in-person and online. He also serves as the PWSC liaison to the City Library Board and served as an ICS section chief in the Valdez Unified Command during the COVID-19 response.

He is active in the arts and humanities in Valdez, publishing fiction works and appearing in and co-writing numerous plays, including the “That's Valdez” play run by the Far North Follies the past two summers.

Dennis and his wife Margo, who is a teacher at Valdez City Schools, have five children, Hannah Bell; Mary Claire Durr and Emily, Jared, and James Humphrey.

Sergeant (retired) William F. Smith is a son, father, and grandfather. He was born in Cordova, Alaska in September of 1952, to Chief Marie Smith-Jones, the last full blooded speaker of the Eyak language and a fisherman.

When Bill was 17 he went into the U.S. Army as a heavy duty mechanic and a recovery specialist. Shortly after going into the service, he went on his first tour to Augsburg, Germany with the 1/36 field artillery. After returning, his next tour was in Long Bình, Vietnam with the 552nd Car Company from 1971 to 1972.

Returning to the states he was transferred to Fort

Huachuca (“Wa-choo-ka”), Arizona with the 11th Signal Brigade. His next tour was back to Germany with the 5/68 armor tank outfit. Upon return to the states for his last tour, he was stationed in Fort Carson with the 1/22 mechanized infantry.

Bill retired from the service in August of 1977. He then moved home to Valdez to work on boats. In 1981, he started working for Alyeska Pipeline Service Company in the Marine Department. After 36 years, he retired from Alyeska in 2017 and is still enjoying his retirement by hunting, fishing and spending time with his loving family.

Bill is the vice president of the Valdez Native Tribe. He also sits on the Alaska Native Health Board and is Chairperson for the National Indian Health Board, helping as many Alaskan Native and American Indians as possible. Bill is one of the local Tribal Veteran Representatives, working for his brothers and sisters with their veteran issues. 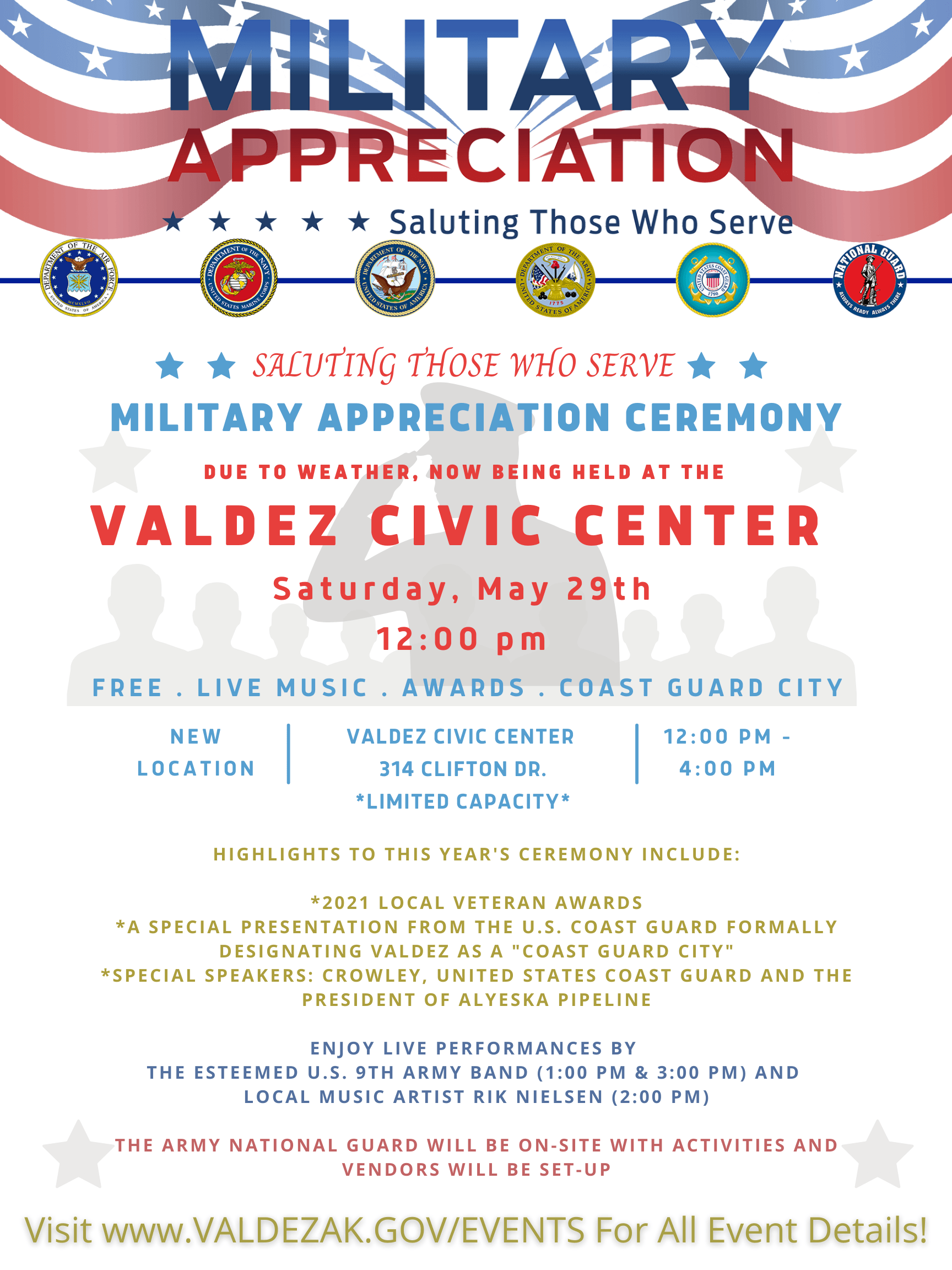 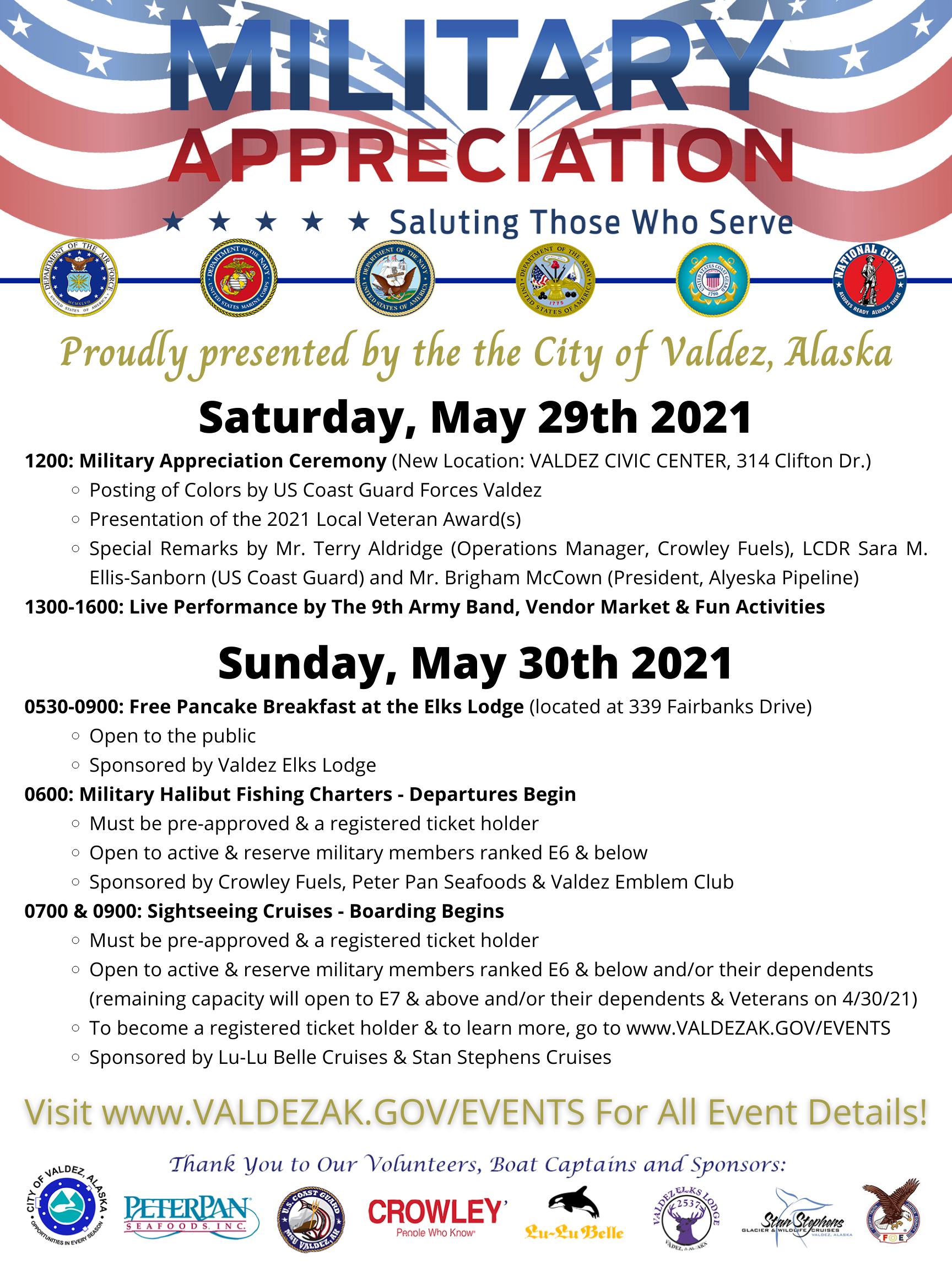 Call or Email Now to Volunteer!